This On Demand Webinar (ADHD Diagnosis and Management) is 3 hours.
Access information, resources, and CEU information will be sent to you shortly after registration and registrants will be given unlimited access to the recording for a full year

Author of more than 20 books, rating scales and clinical manuals, Russell Barkley is an internationally-recognized authority on ADHD. His work is considered to be the cornerstone for best practices in ADHD Diagnosis and Management.

In this 3-hour webinar, Dr. Barkley will update you on:

Advances in Diagnosis, Etiologies and Management of ADHD:

With ADHD being one of the most common childhood behavioural disorders, mental health, medical and other professionals need to update themselves on current research findings on diagnosis and treatment for both children AND adults.

This presentation will provide current information on the diagnosis of ADHD and changes that were made in the DSM5 diagnostic criteria for ADHD. Highlighted will be recommendations for addressing inadequacies in these current diagnostic criteria. The presentation will also include a discussion of the major domains of causes of ADHD and their likely interactions. Dr. Barkley will then provide an overview of the major advances that have occurred in medications and psychosocial treatments of ADHD including a discussion of experimental and disproven management methods.

The Other Attention Disorder: Diagnosis, Nature, and Management of Sluggish Cognitive Tempo vs. ADHD:

Studies of children having ADD without Hyperactivity suggest an important subset of ADHD with a pattern of symptoms distinct from the better known markers of ADHD. These symptoms included daydreaming, mental fogginess and confusion, staring, slow processing of information, hypoactivity, slow movement, and lethargy, among others. How many clients have you encountered who exhibit an attention deficit disorder of low power, arousal, or focus?

Since 1798, the medical literature on attention disorders has identified at least two kinds. The first is very well-known: a disorder of distractibility, lack of sustained attention, and poor inhibition. The second one has been largely ignored for 2 centuries until the mid-1980s.

This lesser known disordered is called sluggish cognitive tempo (SCT). Controversy has continued over the past 25 years on the nature of SCT and whether it is a subtype of ADHD or a distinct disorder from it.

In this presentation, Dr. Barkley reviews the history of SCT and what is known about it from past research. He also describes the results of his own recent investigations into SCT in children and the only study of SCT in adults that he recently published, all of which suggest that SCT is a distinct disorder from ADHD but one that may overlap with it in nearly half of all cases. Dr. Barkley discusses the differences between SCT in symptoms, executive functioning, comorbidity for other disorders, and psychosocial impairment and what little is known about differential treatment response. He also discusses several different possibilities for explaining the underlying nature of SCT.

Russell Barkley ADHD Update Series: What You Need to Know Now in 3 Webinars

This is the first of three webinars that Dr. Barkley is presenting for us. He is also presenting:

Part 1:  Advances in Diagnosis, Etiologies and Management of ADHD

By the end of this training, attendees will be better able to –

Part 2: The Other Attention Disorder: Diagnosis, Nature, and Management of Sluggish Cognitive Tempo vs. ADHD

By the end of this training, attendees will be better able to – 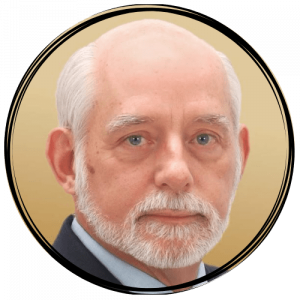 Russell A. Barkley, PhD, is a Clinical Professor of Psychiatry at the Virginia Commonwealth University Medical Center, Richmond, VA.  He is board certified in Clinical Psychology (ABPP), Clinical Child and Adolescent Psychology, and Clinical Neuropsychology (ABCN, ABPP).  Dr. Barkley is a clinical scientist, educator, and practitioner who has published 26 other books, rating scales, and clinical manuals numbering more than 43 editions, and creator of 7 award winning professional videos.  He has also published more than 300 scientific articles and book chapters related to the nature, assessment, and treatment of ADHD and related disorders.  He is the founder and Editor of the clinical newsletter, The ADHD Report, now in its 28th year of publication.  Dr. Barkley has presented more than 800 invited lectures in more than 30 countries and appeared on nationally televised shows such as 60 Minutes, the Today Show, Good Morning America, CBS Sunday Morning, CNN, and many others.  He has received numerous awards from professional societies and ADHD organizations for his lifetime achievements, contributions to research and clinical practice, and the dissemination of science.  His websites are www.russellbarkley.org and www.ADHDLectures.com.

This training offers 3 hours of direct contact (not counting breaks or lunch). It is the participant’s responsibility to check with their individual state boards/regulatory body to verify CE requirements for their license to practice.

Webinar attendance by participants is automatically tracked, documented and archived for future reference. Upon confirming you have attended 100% of the webinar and upon completion of a course evaluation, you will be issued a certificate of participation (see below).

For more general info about CEs for US Participants, please click here. 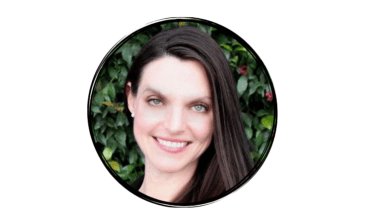 Join clinical psychologist and neuroscientist Kate Truitt and learn how to help resolve sticky beliefs or acute events that paralyze your clients.
Get ticket 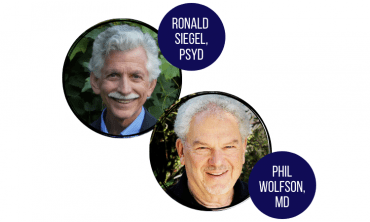 Insights from Ketamine-Assisted Psychotherapy: Lessons from a Lifetime of Therapeutic Practice

In conversation with Ronald Siegel, Phil Wolfson will discuss insights from his career, Ketamine Assisted Psychotherapy research findings, the transformative nature of therapy and the therapist-client relationship
Get ticket 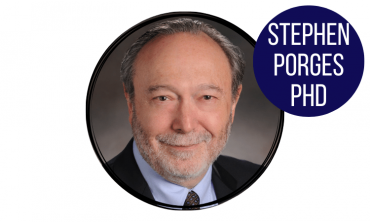 Stephen Porges provides an overview of how Polyvagal Theory provides a more informed understanding of the automatic reactions of our body to safety, danger, and life threat.
Get ticket

Save 40% on all On-Demand Webinars during our BLACK FRIDAY SALE on now until November 28! SHOP NOW Dismiss