Led by Eric A. Youngstrom, PhD

This is a 6 hour On Demand Webinar. Access information, resources and CEU information will be available immediately after successful registration and registrants will be given unlimited access to the recording for a full year.

This webinar was broadcasted live on Friday, October 14, 2022

Most research on bipolar disorder and DMDD has been conducted in the last 10-15 years, meaning training on these issues has been “playing catch-up” to the research.

This workshop updates assessment strategies for bipolar disorder in youth and young adults, sharing translated and culturally adapted approaches to interviewing and assessment (Youngstrom, Choukas-Bradley, Calhoun, & Jensen-Doss, 2014) and showing you how to stay informed on the science behind different treatment options. You will learn tools and techniques to help determine when a problem is a mood disorder or some other problem (Ong et al., 2016; Jenkins & Youngstrom, 2016; Youngstrom et al., 2014) and improve progress and outcomes (Youngstrom et al., 2017).

This workshop also builds on doctoral training in psychology by updating it with the newest research evidence and by adding a cutting-edge framework for interpretation. We do this by merging the strengths of methods from Evidence-Based Medicine (Straus, Glasziou, Richardson, & Haynes, 2011) with traditional psychological assessment (Youngstrom et al., 2017; Youngstrom, Morton, & Murray, 2020) and by using technology and new brief assessments to take a measurement-based care approach to improving mood disorder outcomes (Guo et al., 2015).

The material presented in this workshop is tightly connected to the research literature, all presented by one of the leaders in this field.

At the conclusion of the workshop, attendees will be better able to —

This training offers 6 hours of direct contact (not counting breaks or lunch). It is the participant’s responsibility to check with their individual state boards/regulatory body to verify CE requirements for their license to practice.

What level of knowledge the attendee should have in this topic?
– Intermediate/Advanced 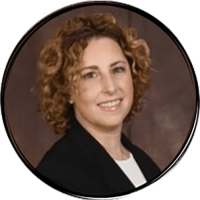 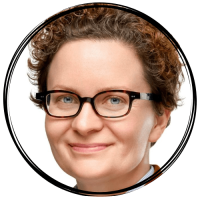 Spring 2020 MW Sleep Problems in the Pandemic Context: Helping Clients Manage Now and For Life After Restrictions Are Lifted with Colleen Carney